Eventually Avery understood why he never invited to play at the home of his friend Johnny.  It was a simple reason that has been a part out the deep south since men first settled there.  For Avery, not allowing his best friend to know that he knew the reason was the color of his skin was tougher on him than the reality of not being allowed there in the first place.

This fiction was written for Trifextra: Week Seventy-one.

On to the prompt.  This weekend we’re revisiting an early Trifextra, our second ever.  The challenge is to write a complete story in only three sentences.

If my words could soar

to the millions before me.

Words written for you.

I have a voice.

For you to read.

This fiction was written for Trifextra: Week Seventy.

For this weekend’s prompt we’re asking for exactly 33 words inspired by the above picture.

I kind of omitted couple.  My eyes just couldn’t escape the view before them.  And if only they could hear my words and just one was moved.  If I could only sit there…I am sure the words would just pour onto the paper.

The mother and young daughter reached the alley behind the restaurant.  The girl stretched her arms toward the sun for warmth and noticed the beautiful dress hanging from the balcony.

“Mama, you tink we ever be able to buy me a dress like dat?” she said pointing upward.

“Naw! Don’t be silly child.  You know we aint gonna be able to afford anything like dat.  Dats for rich folks.  Be happy for what you got. Now turn a’round and take dis from mama, ya hear me,” she said holding bread still in its plastic wrapper.

Molly turned away from the bright-colored dress with tears in her eyes. “Yes ma’am,” she said.

I went over the word limit.  Just couldn’t cut anymore and make this work.  Hopefully it does.

This fiction was written for Friday Fictioneers.

Visit and read the rules and join in the fun!

Till we meet again.  Good day. 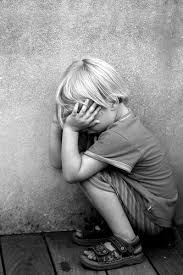 The moment is vivid in my mind.  Still painful in my heart. Yes I did it!  Out of anger.  Spite.  And I’ll carry that burden with me forever and beyond.  Forgive me Dad.

This fiction was written for Trifextra: Week Sixty-nine.

This weekend we are asking for a thirty-three word confession.  You’re free to write non-fiction or fiction or to blur the lines in between.  We just encourage you to get creative and give us your best.

Peter lived a lonely life.  A young soul conceived not through love but through lust.  A one night stand caused by alcohol. High schoolers whose life would become all hard work with minimal reward.  A life of constant unhappiness and loneliness.  Add the stress of raising an unwanted child in a catholic dominated town that shuns out-of-wedlock conception.  Peter never had a chance.

He understood his lot in life. He was a loner. A pimpled faced teen with very few friends in a small town that lauds macho high school players and prom queens and cast out those who are different. He grew into a man all alone.

Peter longed for the voice of Freddie or Stevie.  The ability to capture an audience and give them a feeling of escape if only for three minutes.  The talent to use his fingers on a guitar or piano and sooth the pain of those who look to music to escape the brutal reality of their own life.  He longed for the talent to write words that inspire readers searching for healing.  Words that he could express for those who understood yet never are able to write themselves.

An unloved soul searching for acceptance in life.  He searched the end of the rainbow only to discover a deep, empty cauldron.  His only reward was the brief view of the optical phenomenon of droplets reflecting their light. An illusion which parallels his life.

His smile hides the tracks on his skin.  His escape from the brutal truth.  One conceived without love can’t be loved.  His pedantic life is followed by a single set of footprints on a sandy beach.  Only to be swept away by the tide into the vastness of the ocean.  Never to be seen again.

Yet Peter was a great actor.  He walked the streets of his southern town with a beautiful smile.  Content to those who knew him.  A superficial expression of happiness to those who didn’t.  His life a slow and painful death.

This fiction was written for Trifecta: Week Seventy-eight.

On to the weekly prompt.  This week’s word comes from Karen is Muttering.
PEDANTIC (adjective)
1 : of, relating to, or being a pedant(see pedant)
2 : narrowly, stodgily, and often ostentatiously learned
3 : unimaginative, pedestrian

He stared at the pay phone.  A relic from a time long ago. Now silent.  A reminder of a call from a stranger.  A female voice.  Still as clear as the day he lifted the receiver from the pay phone and listened to her words. The voice hauntingly peaceful yet filled with trepidation.  A one sided conversation about an unimportant life mixed with a tearful apology.

Why did he answer?  Was it authentic? He searched the papers the day after.  Nothing.

Sleepless nights followed. More self abuse. A new path of destruction. Now he lifts the phone.  Will anyone answer?

This fiction was written for Friday Fictioneers.

Visit and read the rules and join in the fun!

Till we meet again.  Good day.

The man shoved the woman to the ground.  “Shut up you dang bitch!  You are worthless,” he screamed a her. “A worthless whore” he mumbled as he walked away.  Slowly she stood up. She felt the blood streaming from her nose and the puffiness of her eye.  She looked towards the doorway. There stood her seven year old son staring at her blankly.

“Scotty.” a voice said, waking the young man out of his gaze.  “Why are you here? The burial ain’t for another couple of hours?”

This fiction was written for VisDare 21: Diverge

Tough to write only 150 words about what came to mind from this picture.

Faster than father’s whipping.  More powerful than a bottle of alcohol.  Able to overcome poor judgement.  Look!  Into your brain.  No abuse.  No suffering.  Only peace.  It’s YOUR Mind! Free of the past!

This fiction was written for Trifextra: Week Sixty-six.

This weekend we’re having some fun with the prompt, some super-powered fun, that is. We’re asking you to write the origin story to the superhero of your choice in exactly 33 words.

I found him in the study…moving books around as if he was the head librarian.

“Yes'” he said as he stepped out from behind the ladder.

My father was my guiding force through my youth though I never told him how I felt.  Now, I can’t.  He doesn’t know me.  He doesn’t know anything but this library. It’s strange how disease can take a man’s family away from him yet he can read, understand and be intelligently vibrant. This library is his life now.  His family he has long forgot.  I take care of him.  This is his study in my home.

This fiction was written for Friday Fictioneers.  Visit and read the rules and join in the fun!

There is more to this..at least it feels like it.  Sometimes…the story is not nearly complete but I hope that someone feels something from what is here.  I didn’t want to change what was here just to keep it in the word limitation.  I like what is here.  I don’t know why.  I just do.

Till we meet again.

“Good Morning students,” the instructor says profoundly. “Welcome to the first day class for those who survived childhood with an abusive alcoholic unscathed.”  He looks out into the empty desks before him.  He paces a few steps with his head down and hand on his chin.  His eyes are as vacant as the scene before him.  “I will raise my voice so those in the far back can hear!” he yells into the void.  “I am Professor Minnefield. Survivor of physical and mental abuse from an alcoholic parent,” he projects in a booming voice of confidence.  “If I can go through life and succeed….”

“Mr. Thomas, keep your voice down,” the nurse abruptly tells the man standing in front of the picture on the wall.  “You can’t go on yapping like that.  This is the quiet zone of the ward. Here, let me help you tie the back of your hospital gown.”

This fiction was written for VisDare 146: Vacant

The picture to me was haunting.  This is what came to mind.  I was limited to 150 words so ends upbruptly.

Till we meet again.  Good Day