Many of us think of our lives as boringly normal, while others live the high life. Take a step back, and take a look at your life as an outsider might. Now, tell us at least six unique, exciting, or just plain odd things about yourself.

via Daily Prompt: Far From Normal.

1.  I was born and raised Cajun but without a French last name thus making it difficult to make others believe I am really Cajun.  Plus I don’t have much of a Cajun accent. And yes I like crawfish but I don’t suck da heads!

2.  I am a lifetime underachiever professionally that struggles daily to make sense of this crazy life.

4. I want to write an academy award-winning screenplay with some substance.  One that tackles a difficult subject in a way that hasn’t been done before.  And before Morgan Freeman leaves this earth so he can be my narrator.

5. I want to touch people’s lives with words.

6. When I find a song I enjoy, I can listen to it and it only for days and days!  Right now it’s No More I Love You’s by Annie Lennox and Pictures of You by The Cure.

Till we meet again.  Good Day. 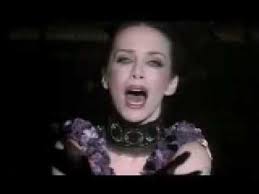