This work is fiction.  Written for the;

Your challenge this week is to write a post based on the above picture.

As I walk down the cobblestone sidewalk I finally see her in the distance.  She is as beautiful as in her pictures.   I glance around to see my surroundings.  It is a peculiar location.  A little alley with tall apartment buildings on each side the street car tracks.  As I stand and wait for her to reach me, the street car has stopped to unload its passengers.  I carefully eye each one as they exit.  I look back down the hill as she is finally approaching me.  We look like casual tourist.  I say Hi to her in her native language which brings a smile to her face.  As she reaches for me we hug.   I feel her slide the mini container into my pocket as my eyes look around hoping this goes unnoticed.  With her thick Ukrainian accent she says to hug longer. I comply as I reach in my pocket and pull out the syringe.  I quickly poke her in the stomach.  Her body goes limp as the streetcar begins to move forward.  She struggles to get away from my grip but can’t.  Her body is slowing down as the drug quickly takes away her capacities.  The street has stopped next to us.  I quickly drag the female around the front and reach the door. As we enter I move past the driver and softly lay her down on the floor.  I feel the street car moving forward as I stand up.  My heart is racing as I walk back to the front behind the driver.

“The duffel bag is on the rear seat.  Go to it and get dressed.  Quickly,” the driver says.  “I believe we have gone unnoticed.  But hurry.  We’ve got to get her delivered and you out of here!”

I stand and walk towards the rear seat as instructed.  I look in every direction as I reach the seat.   Everything is as planned.  As I casually take my seat next to the duffel bag I take one final glance out the rear of the streetcar.  I am relieved that no one appears to be following us.  I remove the clothes from the bag and quickly change.  Casual slacks with a nice bright-colored Chaps shirt and loafers.  Inside the duffel bag I find my wallet, passport and ID badge. I am now ready for my flight back to the United States.  I stand up and walk to the front of the street car.  I stop at the head of the woman on the ground and bend down.  I feel for a pulse in her neck.  “She’s still breathing Harry.”  I then rustle through her bag and find what I actually met her for.  Another larger disk is inside her bag.  Ah, like magic I think to myself.  I stand, brush off my clothes then walk toward the front of the street car.

Harry is at the controls of the street car.  He is an agent for the Italian SISMI,  an agency of the Ministry of Defense. I am sure that is not his real name.  His real name is probably Baldovino or Fiorello.  But at this moment I could care less. He is my partner in this joint mission between the United States and Italy.  The SISMI set up this exchange of information between myself and an agent from Ukraine.   A few years planning for a couple of round disks and less than two minutes to execute.  “Two years,” I think as I take a seat behind Harry.  I place both disks inside a brief case behind Harry’s seat.  It is the most important mission in my young CIA career.  Finally able to relax, I feel the cool morning breeze blowing in my face and take in the scenery around me.  I have not slept much in the past week.  Soon this will all end!  A car will pick me up at a drop-off location and take me to the American Embassy.  Soon afterward I will fly home like I was on a summer vacation.

As we move along the street I notice a car parked across the tracks ahead of us.  Harry looks behind and just nods his head upward.  He then brings the street car to a halt.  He looks at me and says to stay in my seat.  As he exits the street car my heart races with anticipation.  Is there something going wrong with our plan?  Who are these guys?  I wasn’t aware this scenario.  This was not how the mission unfolded in the briefing yesterday!  The rear window of the car rolls down as Harry peers inside.  Suddenly another car stops next to the street car.  Two men slowly exit and enter inside. Without a word they grab the woman and carry her off the streetcar into the rear seat of the vehicle.  My heart is again racing as the car speeds off.

As I look ahead of me I see Harry stand up and turn toward me.  He adjust his shirt and begins walking my direction.  My mind is racing. Is something very wrong about to happen? Harry reaches the street car then takes his seat.  As he begins to move the street car forward he turns around and says “a little change of plans Michael.  But it went down smoothly.  Now off we go to get you back to the embassy. Mission accomplished.”

Not far down the road Harry stops the street car.  I notice a man in the suit right in front of where we stopped glancing our direction.  I stand and exit onto the street.  “Thanks for taking the street car today sir, have a great afternoon. Enjoy Italy,” Harry says to me.  I turn to him as he drives away.  He smiles and give me a little wave.  I walk to the man on the street who causally opens his wallet to reveal his embassy credentials.  We walk toward the car without saying a word.  I take my seat in the rear of the car.  My body goes limp as I breathe a sigh of relieve.  Yes Harry, mission accomplished. 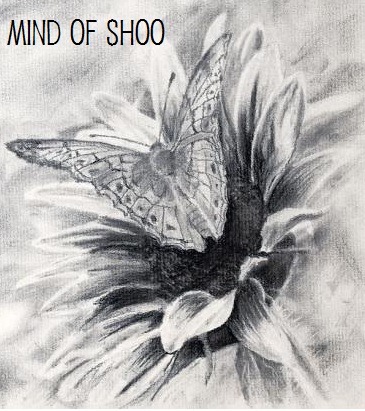